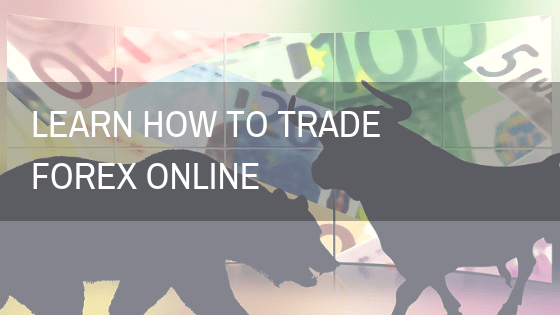 Learning how to trade forex is not particularly easy unless you have money you are willing to throw at one of those automated robot trading programs. I am not going to sit here and lull you into a false sense of confidence either – making money trading forex is ball-busting, gut-wrenching, stress-gnawing hard. On the other hand it is also the fastest way to make money and extremely exhilirating when you do. We’ll take a look at a couple of the basic concepts here and help you try to understand the basic forex terminology so you have some sort of clue when you try to make your first trades.

I think in order to learn how to trade forex there are three questions you need to figure out for yourself:

As far as I am concerned there is no one unique solution for everyone – far from it in fact. Rather what is more important is for you as a trader and a researcher to understand what is likely to impact forex markets and to plan your strategy around your own resources, time constraints, and capital base. Further – the best trade you make as a forex trader may be not to enter the market at all. Forex trading is definitely not for everybody, and it is definitely not for those unable to handle a potentially high stress environment (for those agressively managing their capital). It is not for people who can’t afford to lose all of their principal – as it is entirely possible to do so in a matter of minutes if your position is aggressive (highly leveraged) enough and you fail (or are unable) to monitor your positions 24/5 (markets trade 24 hrs/day, 5 days/week).

Now that we’ve gotten the requisite warnings out of the way, we’re going to assume you’re still interested in learning how to trade forex markets. Let’s try to take up the three questions above and see if we can’t help guide you to where you’re likely to find some answers, ok?

What Is Forex Trading?

Thought you’d never ask! Forex trading is simply an exchange of one currency (US dollars, for example) for another currency (Euros for example). There are many reasons that currency markets exist. Initially currency markets were established in order for companies and businessmen in one country (say… the United States) to be able to buy and pay for products from another country (Germany for example). Historical examples of forex trading markets go back at least as far back as biblical times. One might recall the instance of Jesus throwing a tantrum at the Temple, overturning the “money-changers” tables – guess what those money changers were doing… if you guessed forex trading, you get a gold star! I don’t pretend to be a biblical scholar, and I hope you aren’t put off by a Christian example. The point is that money changing – forex trading has been around as long as there has been more than one currency used to buy and sell goods.

“But what is forex trading today?” you might ask. Today people concerned with forex markets are far less concerned with making payments for goods and services bought and sold, and much more concerned with the volatility of currency markets. The modest movements of one currency against another can result in astounding financial gains when highly leveraged trades are made. Global governments finance their operations with substantial amounts of debt financing, and as a result eventually require some form of outside (foreign capital) investment to keep the government running. Likewise industries and companies within a country have capital requirements as well. If they can’t raise the finances from within their own country, they must seek capital from foreign sources (usually banks) who invest their money (combined with the money of their larger clients) in those companies. When they do, they have made a forex transaction. But even then that is STILL not what is forex trading today.

Forex trading today is almost entirely about speculation. Large banks and financial institutions and some traders speculate about the up and down movements of currencies. Countries play in this market as well, doing their best to improve the competitive position of their resources and labor markets so their exports are cheaper. We won’t discuss that here however. We’re more concerned about what the big traders are doing and why.

The most straightforward way large institutions seek to make money forex trading is by executing long term carry trades. The carry trade (see the carry trade explained) is used to effectively borrow one currency (and pay a low interest rate) and simultaneously LEND a different currency at a higher rate. The trader or institution pockets the difference (called the rollover fee) on a nightly basis. We talk about specifics in our example but that should be enough for now. As a small trader the safest way to pursue forex gains IMHO is to use the carry trade. That may not be your trading style, but it is ONE trading style, one which has stood the test of time.

People who take the opposite side of the carry trade usually are hoping for or are expecting a short term movement of the cross rate (the units of one currency needed to purchase one unit of another currency). They typically try to avoid holding the position overnight (thus avoiding paying the rollover fee), and attempt to cash in the favorable trade before fees are due.

Interest rate arbitrage (the carry trade) vs. low interest rate currency appreciation (speculation opposite carry trades). That explains what is forex trading today in a nutshell.

What Are the Mechanics of a Forex Trade

Mercifully this is far less complicated than trying to wrap your mind around why we engage in forex trading. The mechanics of a forex trade are not straight-forward, but they aren’t impossible to understand either. When a trader opens an account with a forex broker, that broker establishes a limit on how big a trade the new account holder can make. We talk about this in specifics in our post how to understand forex trades. What is important to know this moment is that your broker maintains a second by second status of your equity position (a.k.a. how much capital of your own you have at risk) and when it falls below a certain level the broker can take total control of your account and start selling off assets at will. Needless to say that situation (called a margin call) *SUCKS* because you lose (or have already lost) a LOT of money. On the bright side once the margin call is over, the bleeding stops. Unfortunately your account may be DOA at that point (DOA = dead on arrival).

How Do I Figure Out What Forex Trades to Make

This is the million dollar question, isn’t it? What this boils down to for most investors is solving three more questions about what resources they have available. How YOU answer these questions should provide you with an indication of what your trading options are and how to trade forex in a way that is the best solution for you. As we spoke before, how to trade forex for me may be very different for you. Consider these three questions:

The answers to these three questions will dictate your strategy. If for example you have a large amount of capital (say inbetween $100k and $1million US dollars), then odds are your needs for quick results should be relatively small but you can’t affort to lose alot. You probably don’t have the time to devote constant attention to your forex account and as a result need a moderate risk / low maintenance strategy. The way to acheive this most likely is to open a forex account, deposit funds and develop your own forex robot (not as hard as it sounds) – most likely slowly taking in rollover fees taken in using the carry trade.

How to Trade Forex With Minimal Capital

At the other end of the spectrum is the trader without a lot of money, willing to lose all of it in the hopes of making stupendous returns. This requires a vastly more aggressive strategy and is extremely high maintenance. This type of trader will take extremely highly leveraged positions and will be entering and exiting trades potentially multiple times within a given day. This is an extremely stressful and high risk style of forex trading. This is NOT how to trade forex if you can’t afford to lose your entire capital investment. Some would consider this gambling, and to a certain extent they would be right. While this trader MIGHT attempt to use a robot, what is more likely to happen is they’ll spend days at a time pumping themselves full of caffeine in an attempt to scratch out a living from an under-capitalized account. author’s note: I DO NOT recommend this as a strategy OR as a lifestyle. Do consider picking up a trading strategy course in order to get a feel for how strategies are developed and implemented – even if you never ultimately decide to make a trade.